As part of LyondellBasell’s global citizenship program, we are committed to Advancing Our Planet and protecting our environment for future generations. A healthy environment is key to a healthy ecosystem. In order for our ecosystem to thrive, it is important to protect and preserve our wildlife. Each year, LyondellBasell sites and employees around the world support wildlife-related organizations and participate in environmental events. In honor of World Wildlife Day, we highlight a few of the company’s ongoing environmental projects that help conserve and raise awareness of some of the world’s wildest animals and plants.

Each year our Matagorda Complex in Bay City, Texas, teams up with the National Audubon Society to undertake an important day-long mission. The site opens up its 2,200-acre property to bird enthusiasts, which include some LyondellBasell employees and retirees. This group of birdwatchers is responsible for tallying the number and different species of birds in the area as part of the Audubon Society’s 121st annual Christmas Bird Count.

The Matagorda County Mad Island Marsh Christmas Bird Count (CBC) is one of the most successful in the country every year and is typically the reigning champion when it comes to the number of different bird species counted. In fact, this count circle reported the greatest number of bird species ever counted by any U.S. location in 2005 with a record-breaking 250 species and has been at the top of the count for decades. The complex and its surrounding property lie completely within the designated 15-mile diameter count circle, and the site has opened its land up to birders since 1996 to see what interesting and unique birds call the site home or have stopped by on their way south.

“The Matagorda County Mad Island Marsh count is so successful because it has all three elements,” said Dale Friedrichs, LyondellBasell senior vice president, Human Resources, who has participated in most of the Matagorda counts. “We’ve been number one in the U.S for at least 15 out of the last 20 years, and the best bird of the count has been identified on LyondellBasell property for several years.”

All data collected during the count is turned over to the Audubon Society to understand any changes in migration trends, ranges and population and used to advocate for change if warranted. 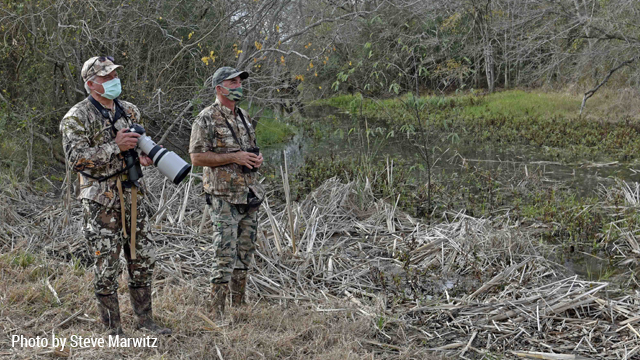 Apprentices and employees at our site in Wesseling, Germany, assisted in establishing a wild bee hotel near our training center together with a local action group. The wild bee hotel is made out of various materials and can accommodate thousands of wild bees and insects. Also added was a three meter wide wild flower patch to provide the necessary food for the bees. The hotel enables the bees to contribute directly to the preservation of ecosystems and food production by pollinating crops and wild plants in the surrounding area.

Also established at the site were several bee hives and site employees help look after the honey bees in their spare time. The bees remain the property of the local hobby beekeepers, who also pitch in and tend to the bees. In return, LyondellBasell bears the running costs and gets a share of the honey, which gets distributed to employees or at neighborhood meetings.

LyondellBasell Corpus Christi Complex supports the Texas State Aquarium's Animal Care Operations. With donations from the complex, the Texas State Aquarium is able to care for injured marine mammals and rescue sea turtles. For example, in January 2018, the organization – through its Wildlife Rescue Program – rescued 1,300 sea turtles from the Gulf of Mexico that were impacted by cold weather. A majority of the sea turtles were released back into the Gulf within five months of receiving treatment.

Support from LyondellBasell has helped save sea turtles in other instances too. The Houston Zoo airlifted 120 sea turtles from beaches in Cape Cod, Massachusetts. The sea turtles were taken to the Houston Zoo and several other facilities across Texas to receive care for hypothermia and other complications. Many of the turtles are still being treated and will released into the Gulf of Mexico when they have recovered.

With the power of many and our continued support for wildlife organizations, LyondellBasell is proud to help to make a difference and support organizations all over the globe that work to find solutions to the challenges around wildlife conservation.