Recognizing employees and celebrating their successes and ingenuity is an important part of LyondellBasell culture. The company recognizes employees’ achievements through its biannual EXCELLENCE Awards ceremony. This awards ceremony represents one of the highest company honors an employee or team can receive acknowledging those who have gone above and beyond to innovating, problem-solving and making an undeniable impact on the business and community, all while exemplifying the company’s values.

Employees are recognized in a number of different categories for the EXCELLENCE Awards. One of the categories - Advancing Sustainability - includes initiatives and projects promoting sustainability in the workplace or community and positively impacting the environment or society. This year’s winning team for Advancing Sustainability developed an innovative solution for making polymers using renewable feedstock as compared to a feedstock from fossil-based sources. This innovative solution supports the reduction of a lower carbon footprint. The team piloted commercial-scale production for making more sustainable polymers.

After years of research and hard work, the team’s concept of producing renewable-based polymers instead of fossil-based became a reality and marketed as CirculenRenew, which lives under the LyondellBasell Circulen family of sustainable solutions. The company’s Circulen products enable brand owners to improve the sustainability of consumer products by achieving circularity in their use of plastic packaging.

Michael Boell, LyondellBasell planning and optimization manager of Olefins in Europe,  recalled there were many challenges along the way, but ultimately the strength and knowledge of the team made the project a success.

"A lot of people played a crucial role in this project,” said Linda Duijs, LyondellBasell account manager in the Netherlands. “Many more than were mentioned on the list of winners, such as colleagues from the Legal department, Finance, Master Data, Manufacturing and Supply Chain, all played a role in the success of CirculenRenew. We want to thank everyone who participated in the project."

"I'm proud to be part of the team which realized this world-class achievement, and I appreciate the recognition received. “This is an exciting new growth avenue for the company and addresses customer needs to enable a more sustainable future," said Charl Germishuizen, LyondellBasell asset manager, polypropylene, in Rotterdam the Netherlands.

Currently, LyondellBasell has produced several thousand tons of resins from renewable feedstock and has a sustainability goal of producing and marketing two million metric tons of recycled and renewable-based polymers annually by 2030, which is one of the most ambitious goals in the industry.

The LyondellBasell Circulen portfolio is currently available in Europe and will soon be introduced in North America and China. This year, CirculenRenew will be used to package Laboratories Sarbec’s new baby and intimate product range, including shower gels and shampoos. This is just one example of how brand owners are advancing their sustainability goals using LyondellBasell’s renewable-based polymers. 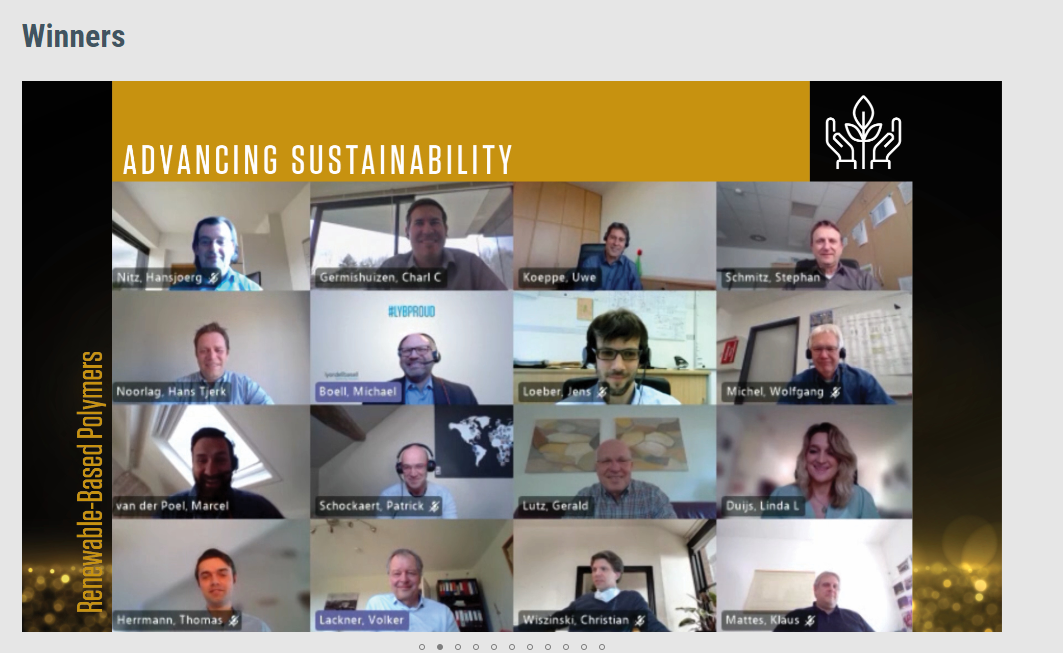