I recently celebrated being a part of the LyondellBasell family for 34 years. What a journey it has been and I look forward to what is still to come. Looking back, I could not have predicted where we are today - both as a company and as an industry. Back in the early 2000’s, I was part of the Strategic Planning and Transactions organization and prepared sensitivities on our Long-Range Plan, using “extreme” oil price scenarios of $15 per barrel and $35 per barrel. Who would have thought that only a few years later it would peak at $147 per barrel before the crash of 2008?

The shale gas revolution is another example of an unanticipated, transformational event, which the world underestimated when the first wells went into operation. Who would have guessed that shale gas would be such a great feedstock advantage that we were so fortunate to be a part of?

Then recently, who could have imagined that the entire world would be asked to stay confined to their homes due to a virus? COVID-19 has had an impact on families, businesses and employment around the world and will most probably bring deep and lasting changes in the years to come.

These events are known as “black swan” events, a phrase coined as early as the 2nd century, based on the presumption that black swans did not exist. Then in the 16th century a Dutch explorer saw a black swan in Western Australia, so the term was changed to mean an idea that is perceived impossible, has great impact, and is later rationalized with the benefit of hindsight.

How can we anticipate black swan events? We must build a mindset to look beyond our day-to-day. We need to challenge and question the status quo in order to uncover black swans. The LyondellBasell team is managing this crisis very well: the team is mobilized, flexible and is sharing and learning from each other to ensure the agreed upon goals are achieved. Our leaders continue to keep their eyes on the longer-term objectives, potential new challenges and the longer-term effect (e.g. economy), to ensure we will come out of this crisis strong and have solid plans for the future.

I have seen our core values of excellence, ownership and teamwork be at the forefront even more so in times of a crisis. I am proud to be part of this team and I look forward to our future. #TeamLYB 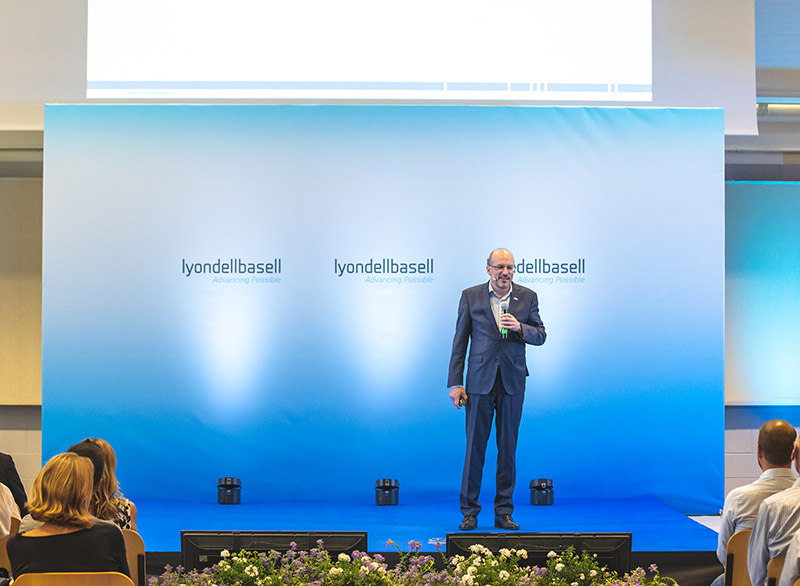 *taken prior to COVID-19